Seaweed and the Threat of Radiation

The following article was submitted by a local Co-op community member and has not been edited for content. The views expressed within do not necessarily reflect those of North Coast Co-op. If you would like to contribute an article to Co-op News, please email co-opnews@northcoast.coop for more information.

SEAWEED AND THE THREAT OF RADIATION

Many varieties of seaweed grow attached to the rocks along our craggy coastline and thrive in the cold, clean waters of the north coast. While it may look unappealing in the afternoon sun or when it piles up, fly-covered, on the beaches, it is at its majesty in the early morning low tides when it shimmers in iridescent earth-tones and sways slow-motion in the tide pools. I have been harvesting seaweed on the Humboldt beaches since 1989, the same year I was first introduced to the majestic old-growth redwoods in Headwaters Forest (although that’s another story). It is spectacularly beautiful to be on the ocean’s edge in the dawn hours, surrounded by bountiful, vibrant seaweeds with the mists, the sea stars, the seals, the sounds of seabirds and waves, and the sand in its always changing formations.

I was thrilled to realize I could make my business harvesting, drying, and selling seaweed, so I got a commercial license to harvest and created Humboldt Seaweed. I can’t imagine a more beautiful jobsite. The seaweed fields are beautiful in their abundance: standing in the midst of a Kombu patch, I can harvest all that I can carry, and you would not be able to tell that anything had been taken. I work my way across the rocks in a twister-like/yoga-style crawl, harvest all I can carry on my back up the steep cliffs, and then bring it home to rinse and dry on racks in the sun. It truly feels like this is something the earth has to share with us.

Seaweed is rich in minerals and trace elements. Including seaweed in your diet, in small amounts on a regular basis, is a great way to ensure you get all the minerals your body needs. We are blessed to live amongst the seaweed fields.

2011 is the year that the Fukushima nuclear disaster occurred in Japan, on the other side of the Pacific, spewing a cloud and dumping radioactive water. Since then, I have been sending seaweed samples to a laboratory to be tested for radiation every year, sometimes twice/year. When I got detections in 2014 and in 2017, I stopped harvesting for several years. But then I had radiation-free tests from 2018 till this year, 2021. UC Berkeley, University of Maine, and a seaweed company out of Mendocino have also been testing seaweed samples.

People like to say “they believe in science” but unless you have some understanding of what it is you are accepting as science, then you are really just swallowing sound-bites. Interpreting stacks of data and comparing that to the guideline levels of concern for radionuclides (as set by the Food and Agriculture Organization (FAO), World Health Organization (WHO), and International Atomic Energy Agency (IAEC)), while seeing that it is also reported that “there is no safe level of radiation” and that any dose of radiation increases an individual’s risk of developing cancer (National Academy of Science), and translating results that come in different units so they can be understood and compared (bequerels/kilogram (Bq/kg), picocuries/gram (pCi/g), millisieverts (mSv), microsieverts (mSv)….) is complicated. And there is always motivation to not condemn an industry (like the fishing industry). Numerous studies have been done and most of the conclusions say that the levels being reported are not significant enough to worry about. I have had “scientists” laugh when I asked if they were concerned by the results that we were seeing. I have struggled to understand the data that I commissioned but this is what I have learned, and I wanted to share it:

I guess I agree that the sum of the evidence is that the levels of radioactive elements being detected, likely as they are as being from the Fukushima nuclear accident, are, except for one reading in 2014, lower than those set by the regulating agencies to warrant much concern. However, since seaweed is a “health food” I don’t see a justification to ingest even small amounts of radiation because that kind-of cancels out the purpose of eating it in the first place. I might make an exception if the whole world relied on it for their daily calories, which in truth, is what those set levels of concern are meant to take into account.

I consider myself a conscientious businessperson. What I love about harvesting seaweed is that the process and the product is so completely beautiful and healthful. I would never harm the seaweed beds because we “needed” more seaweed and I would not want to harvest it if I thought it was contaminated, even a little. So, Humboldt Seaweed will not be harvesting this year, although, I will continue to sell last year’s harvest. I will test again later in the summer and count on mother earth dealing with what gunk it must, so that hopefully next year’s seaweed crop will be sparkling and show that the ocean, and the earth, is resilient and alive, despite all the calamities people cause.

…for the earth, for our health, Humboldt Seaweed 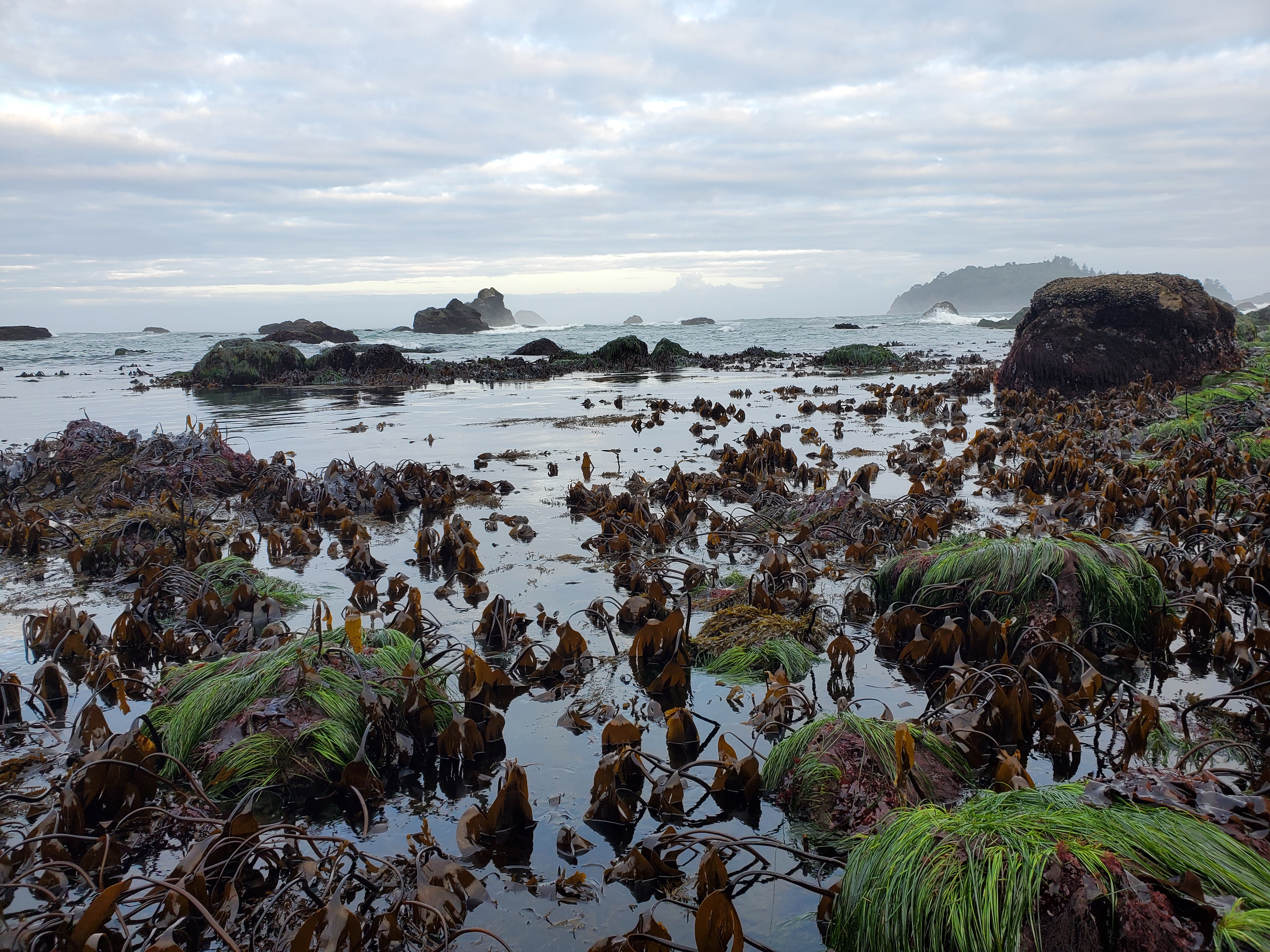 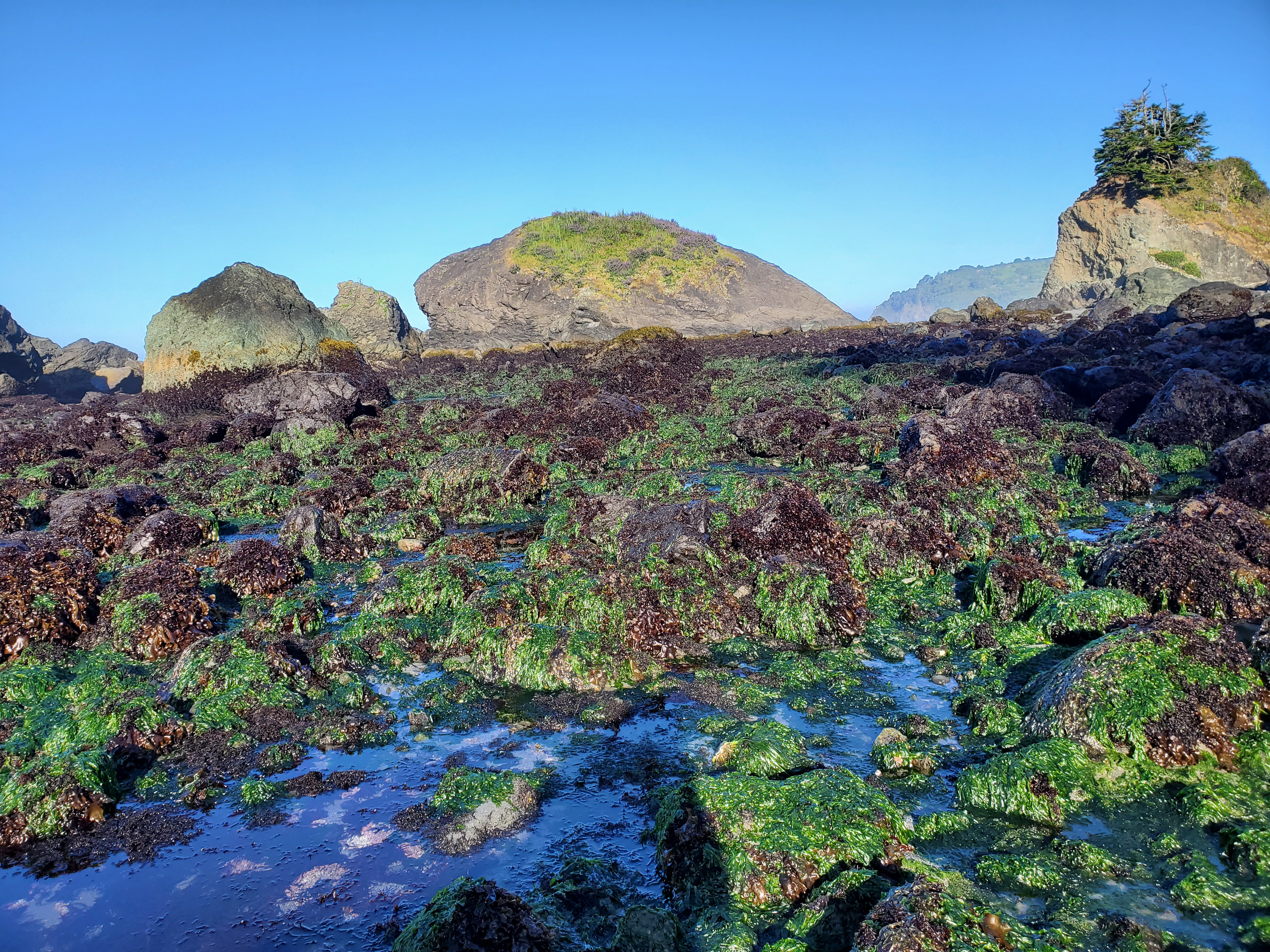 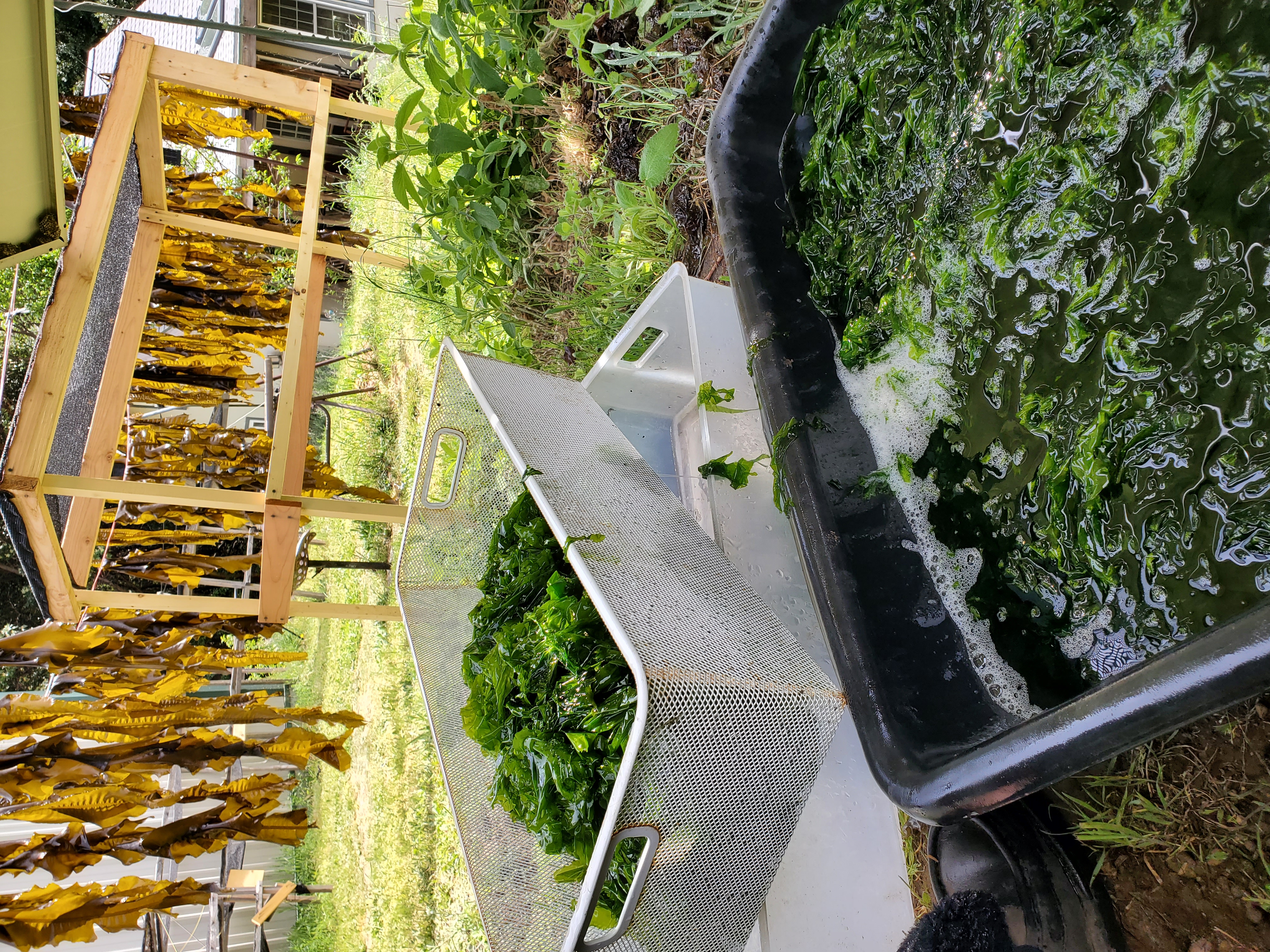 Explore the rest of the June 2021 Issue