From Coop to Co-op

Nestled between the Smith River and the Pacific Ocean in Crescent City lay the fertile green fields of Alexandre Family Farms. The farm is a multi-generational family operation founded on the values and practices of parents Blake and Stephanie and growing through the work of their now-adult children Joseph, Christian, Vanessa, Dalton, and Savanna.

Alexandre Family Farms began as a conventional dairy farm in the early 1990’s but the family began work in 1999 to become fully organic. “My mom became passionate about going organic,” said Christian Alexandre, who now manages the egg production on the farm. With the early passion for organic and sustainable practices from their parents, the Alexandre children “grew up with it. We didn’t question it.” Creating a farm and operation that focuses on maintaining organic values became a fundamental aspect of the farm. By 2001, their first dairy farm was certified organic. Alexandre Farms is now a USDA Organic farm producing 100% organic and pasture-fed milk, eggs, yogurt, beef, and pork. 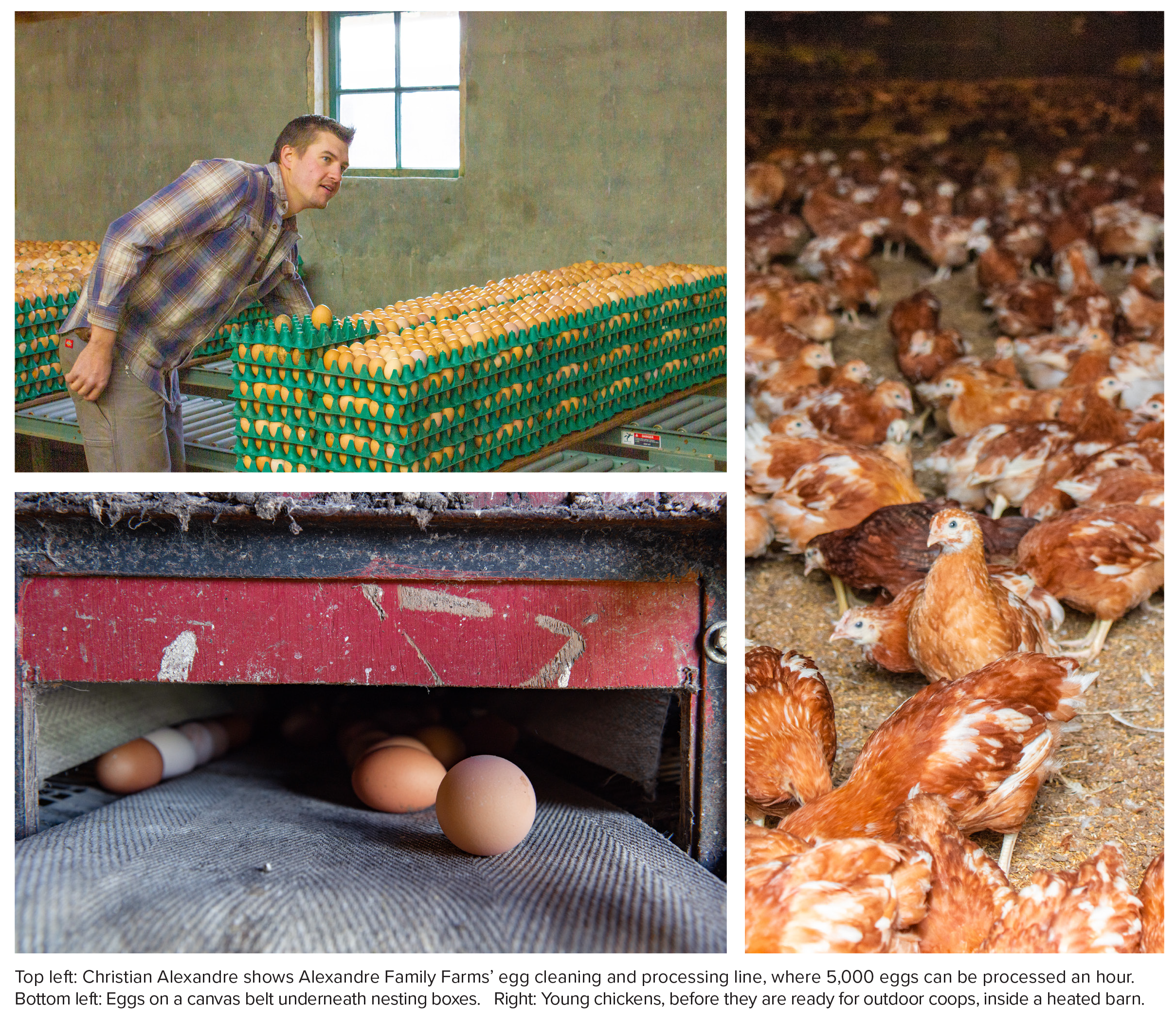 Two years later, the eggs were picked up for sale at their first large grocery store, North Coast Co-op, first in the Arcata store and shortly after in the Eureka store. Blake Alexandre drove down to the Arcata store to pitch the kid’s eggs to Dairy Department Head Josiah Pumpkin. “Working with the Co-op became a benchmark for all other organic stores,” Christian Alexandre said.
Alexandre Farms’ location is a part of what makes them so special. With green grass growing 365 days a year and a temperate climate,  the animals can be grass-fed year-round. The chicken coops are moved every Tuesday and Friday, allowing for fresh grass for the chickens and for regrowth in the places the coops previously rested. The unique mobile hen houses were designed by Christian Alexandre, who was first inspired by the coops he saw on the Mennonite farms as a teenager. Now in their 4th version of design improvements, the large mobile coops can house 3,000 to 5,000 birds each.  Having reached their long-term goal of 18 coops in rotation, they now have more than 50,000 birds on the property.

Thirteen years after their eggs were first placed in the stores of North Coast Co-op, Alexandre Family Farms continues to grow and expand. But even with that growth, the focus on sustainable and organic practices remains central to the family business – and it is still very much a family business. “Everyone in the family plays an important and different role,” Christian Alexandre said. All five of the Alexandre children graduated or are currently attending California Polytechnic University’s Agribusiness Program, the same program Blake and Stephanie Alexandre went through and where they first met. When asked what he is most proud of about the farm, Christian said, “It would have to be family. Working together and trying hard every day”. 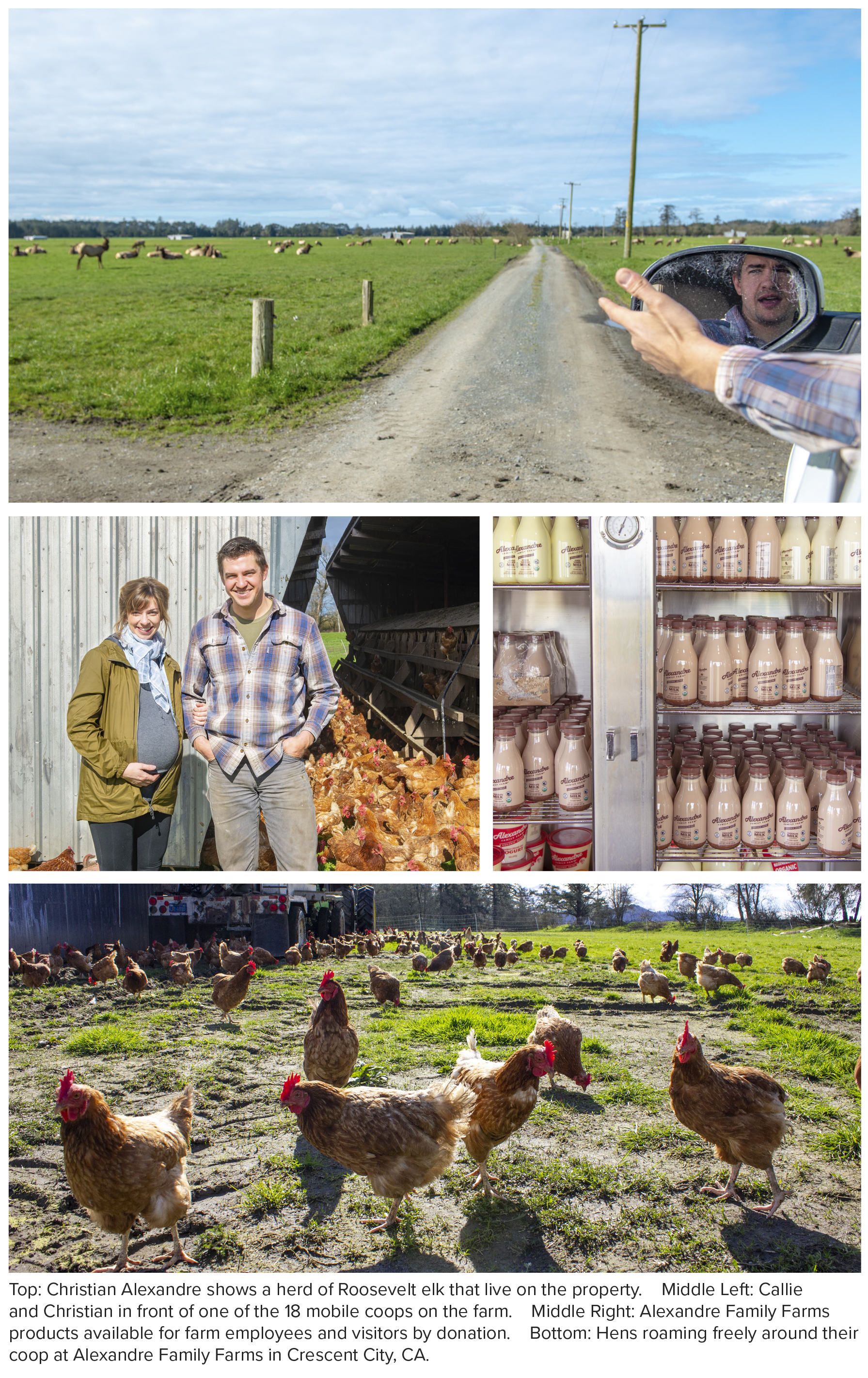 Explore the rest of the April 2019 Issue