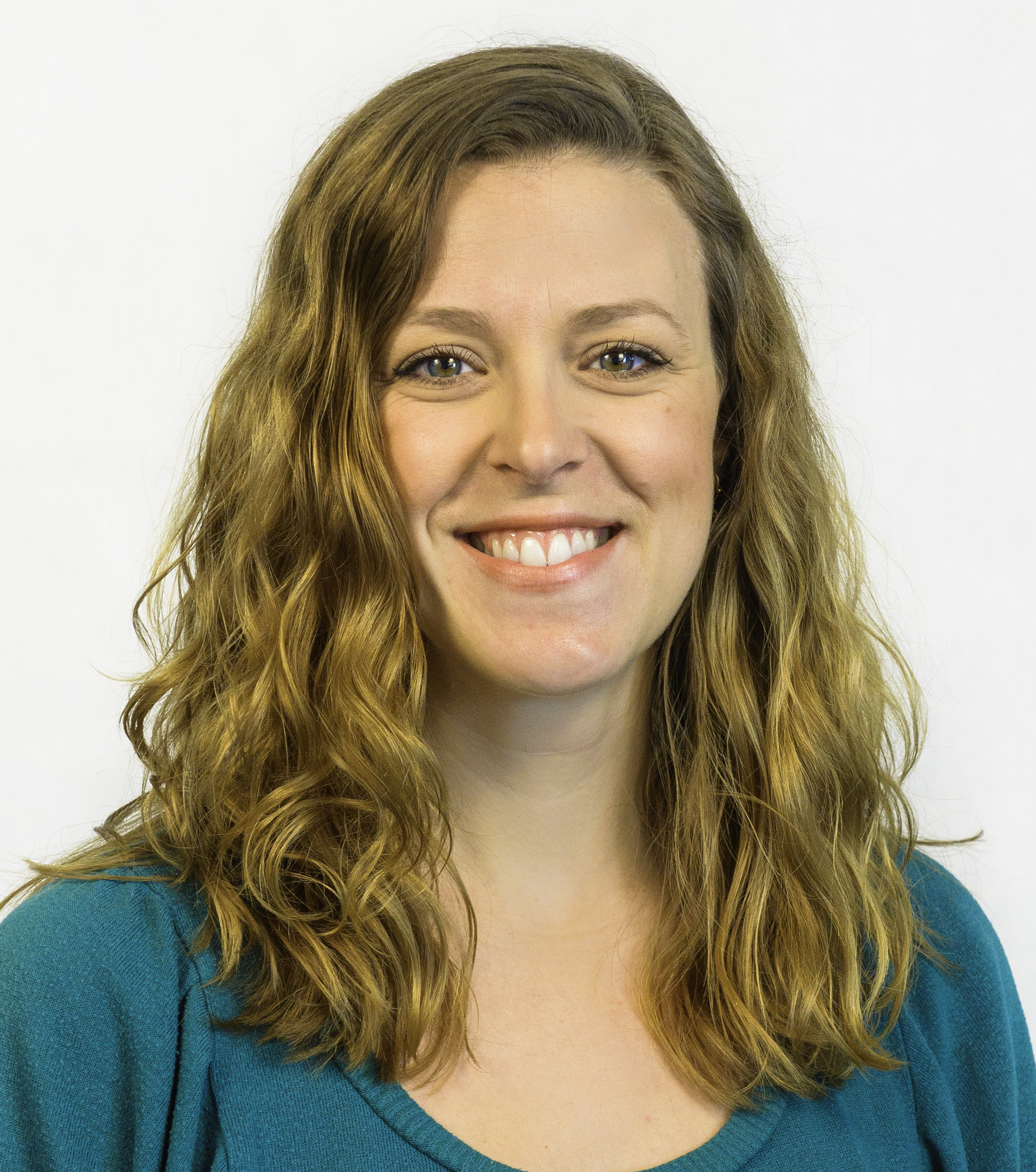 “Support your local economy.” “Prioritize local.” “Advocate for local.” We are told to shop local, eat local, live local. The messages are many and varied, and they are everywhere. Large chains have a focus on local. Small businesses leverage their local identity. Environmentalists tout shopping local as a step toward a healthier planet. And in a world where ordering something online can be as simple as pressing a pre-installed button in your pantry, these messages are getting louder than ever. The Co-op has recently adopted a new definition of local, and is making our local messaging a priority in 2017. But what does “local” really mean?

This question is big, and it doesn’t have a singular answer. The topic of local can quickly turn philosophical, political, emotional. Even the Co-op, which has valued local products and vendors since day one, has struggled immensely with this seemingly simple concept. Local means something from nearby, right? Easy peasy! Well, maybe not so fast.

A history of local at the Co-op

A review of past issues of the Co-op News shows the Co-op’s numerous attempts to tackle the issue. Headlines such as “Humboldt Creamery: How Local Is It?” and “Localize It!” are generously sprinkled throughout our newsletter’s history. In 2008, then Assistant Merchandiser Megan Blodgett explored the history of locavorism in Humboldt County. At this point, the concept of locavorism was still relatively new; in fact, the Oxford English Dictionary had named “locavore” the word of the year in 2007; it had been coined just two years earlier in San Francisco.

Megan explains how our imported diet is a rather new phenomenon. Before the arrival of Europeans, native inhabitants enjoyed a robust and varied local diet. Europeans developed extensive agricultural practices, and by the late 1800s, Humboldt County was producing more food than it could consume, shipping out dairy products, grains, corn, beef and fruit to San Francisco. When farming technology advanced, however, production became cheaper in the Central Valley, and Humboldt County slowly lost its foothold in food production.

There was a resurgence of local food production in the 1960s and ’70s. In the 1980s, Humboldt County also saw the start of what would be a local food and beverage producer movement outside of the agricultural world. Tofu Shop opened its doors locally in 1980. Mary Keehn founded Cypress Grove Chevre in 1983. Mad River Brewery started brewing in 1989. Today, there are over 200 local food, beverage, and wellness product producers in our region. This number is impressive, but it begs the question: what defines our region?

Prior to 2012, the Co-op didn’t define local, but we certainly did value it. We often referenced our bioregion: “The Klamath/North Coast Bioregion, as defined by the California Environmental Resources Evaluation System, includes all of Humboldt, Del Norte, Trinity, Mendocino, and Lake counties; plus parts of Siskiyou, Shasta, Glenn, Tehama and Colusa counties.” Wowza! Meanwhile, most of our features of local products focused on items made much closer to home.

In 2008, we implemented a Trust Your Source program to better inform our shoppers. The program, which fizzled out in 2014, was meaningful and informational, but was also difficult to maintain. And while it provided a wealth of producer information to interested shoppers, it never really questioned the bioregion definition.

That all changed in 2012. In support of educating shoppers to more easily participate in the Eat Local Challenge, we developed a definition of local: any product grown or produced within a 250-mile driving radius of our stores. This provided a concrete way to identify local products, and shoppers could still turn to Trust Your Source for more in-depth information. But how did we get to 250 miles?

As the impetus for this definition was to support the Eat Local Challenge, the focus wasn’t on what local meant to our community; rather, an emphasis was placed on ensuring Eat Local Challenge participants could meet the challenge while enjoying a well-rounded diet. The local region boundaries were stretched so certain grains could be included. The Eat Local Challenge did, however, make the distinction between locally grown or raised, versus locally grown, raised, and/or produced, but this distinction wasn't extended to the shelves. If you were to be a Hardcore Locavore, even locally roasted coffee or locally produced spirits were off limits. Downgrade to an Extreme Locavore, and these locally produced items were within the rules.

In 2016, we opened a whole new can of worms. Realizing that our enthusiastic messaging surrounding all things local had taken a backseat, despite our continued championing of local producers behind the scenes, we reached for our trusty list of local vendors so we could once again ramp up our messaging. There was one catch—we didn’t actually have a list. And as we dug into what was flagged as local in our system, it quickly became apparent that there were products being considered local that our shoppers may not actually call local. In fact, employees and members alike were often heard saying things like, “well, it’s not local local” about products that were, in fact, technically local to the Co-op. It was time to dive in, ask some tough questions, and get everyone on the same page.

Fast forward ten months, and we have a shiny new local definition, a lovely new local logo (see left), and a continued mission to make local meaningful. So how did we get here?

Our first step in evaluating our definition of local was to realize that we will never have a definition that meets every single person’s standards. Individual values, worldview, and background can play a huge role in determining what someone considers local. While we’d like to think that local is a hard and fast concept, the reality is that it is highly subjective. As such, our goal became one of meeting the needs of as many members as possible, while supporting the current realities of our local food producer community.

Our second step was to let go of the idea that a liberal definition—one that included products from every food group—was serving our community. That is, is it more important to be able to call a meal local than to accept that there are some foods we simply cannot produce locally? For those who highly value foods produced by their friends and neighbors, isn’t transparency more valuable than an all-inclusive definition? Indeed, the Co-op has consistently pushed for transparency in the food system, advocating for consumer choice rather than dictating values to shoppers.

The evaluation process included feedback from members, and many hard conversations. Our members, beautifully, were united in their view of local. Words mentioned the most by members were: community, support, family, neighbor, and people. Subjective, yes, but one thing was clear—our 250-mile definition wasn’t cutting it. We had to bring local home, where our community feels it belongs. After careful consideration, we decided on a local definition including only Humboldt, Del Norte and Trinity counties.

Once we had that established, the tough questions began. What about products that were technically produced here, but didn’t have all local ingredients? What about companies that were strongly rooted here, still operated and produced goods here, but no longer had local ownership? And how would we go beyond a local sticker on the shelf, to making our support of local vendors more meaningful?

After thorough, thoughtful discussion, we established some ground rules. First, as the largest retailer of produce, both local and in general, on the North Coast (according to a 2013 report by Community Alliance of Family Farmers), and a leader in local meat sales, we feel the food grown or raised in our region is clearly local. Second, we want to champion local entrepreneurs; they are part of what makes our area so vibrant. If a company decides they cannot produce their product here, but the owners call our region home, it is local. Third, we want to increase visibility of producers that contribute to our local economy. If a company has a production facility and operational staff here and elsewhere, but is a large employer and perhaps even sources ingredients locally, it is local. Finally, we determined we would formalize our long-standing support of local vendors, and find new ways to continue leading the charge in developing our local foodshed (a goal of our Strategic Plan).

As a result, our new definition was further clarified: to be included, a product must be grown/raised/produced, owned, and/or operated in the region. This definition encompasses the values of the majority of our members, and we are always happy to provide more information about specific products upon request. Thus far, this definition has proven to be highly useful in creating our new master list of local vendors. We are proud to include nearly 200 local vendors with thousands of products on that list. And we can say with confidence that this list is, indeed, meaningful.

But beyond having a thoughtful definition of local, we are very proud of the behind-the-scenes work we do with local vendors. We are the first retail account for many local producers. We meet with farmers to help them plan their coming year (see Finding Common Ground for more details). We grant loans to specific local businesses to help them reach economies of scale in their purchasing. We work tirelessly with local organizations to identify opportunities to grow our local foodshed. And now, we offer promotional planning support and in-house demos to local producers. We also have an exciting new program in the works to facilitate connection between local producers and consumers (stay tuned!).

For the Co-op, the term “local” has never been a buzzword. It has always been based on the values of our members, whether we’ve explicitly defined it or not. But as the push for more information on shelves increases, and “local” is used by big box stores and mom and pop shops alike, having a meaningful definition, and the programs to back it up, is more important now than ever. Thank you for your input in developing this definition, and for supporting local!

Explore the rest of the April 2017 Issue