The day started with a warm reception, where more than 60 members enjoyed a variety of food and drinks upon arrival. While snacking on delicious food provided by the North Coast Co-op Deli, members had the opportunity to speak with board members about the proposed bylaw changes and proposed transition to a single-person membership. Board candidates were also present to meet members and answer questions. Member-owner Howdy Emerson graced Azalea Hall with his Celtic Harp music.

At 3:30, emcee and member-owner Roger asked attendees to take a seat as he introduced the day’s agenda. After the board approved the 2015 Annual Membership Meeting minutes, Roger introduced board candidates Mary Ella Anderson and Robert Donovan. Each spoke a bit about themselves, and Mary Ella mentioned that there is also a write-in candidate, Suzanne Stafford.
All members received an entry to the raffle upon arriving at the meeting, and five raffle prizes were given out throughout the day. The prizes included a variety of reusable containers and bags, as well as some staff favorites from the grocery shelves.

Cheri Strong, Board Vice Chair, gave the Board Chair report on Fiscal Year 2016 (FY16). Dave Feral, Board Chair, was tending to his family’s booth at the Arcata Farmers’ Market, and was unable to be present in time to deliver the report. Cheri touched on some key accomplishments from FY16, as well as some of the board’s more recent actions. She also noted that the board highly values moving forward with strength and unity, and is excited to continue working cooperatively with staff and members. A copy of her report can be found in this year’s Annual Report.

Roger then introduced new General Manager Melanie Bettenhausen. Melanie pointed out that the Co-op has been in a period of transition, largely due to internal hiring practices—Melanie herself has been working at the Co-op for over nine years, and stepped out of her former role as Marketing & Membership Director to accept the General Manager position. She gave a highlight of the Co-op’s achievements over the past ten weeks. She thanked the Outreach staff for their organization of the Annual Membership Meeting, the Management Team for their support and leadership, and the entire Co-op staff for their hard work and dedication to the community.

Melanie highlighted the positive sales growth seen in FY16, and touched on the operational accomplishments seen that year. These highlights, and more, can be found in her article in this year’s Annual Report.

The member comment period was full of positive and respectful discourse. Member-owners brought many different opinions about the proposed transition to single-person memberships to light. Some members felt it was an important transition, while others purported that it would not be functional in real life. One member suggested that the board look into having both individual and family membership options.

Other topics that members discussed were the proposed bylaw changes, concern about packaging waste, member engagement, and employees’ ability to communicate about the value of membership. New Membership Coordinator Nicole Chase introduced herself, and helped facilitate the member comment period.

After the open mic, attendees enjoyed a baked potato bar with all the fixings, salad, and dessert options provided by Beck’s Bakery and Arise Bakery. Member-owners stayed after dinner to mingle with each other, the board, and staff members. Thanks to John Shelter and his group at New Directions, event setup and cleanup was especially efficient and smooth.

The event concluded at 6:00pm, with connection, communication, and community lingering in the air. We look forward to another year of productivity and service, and hope to see you all next year! 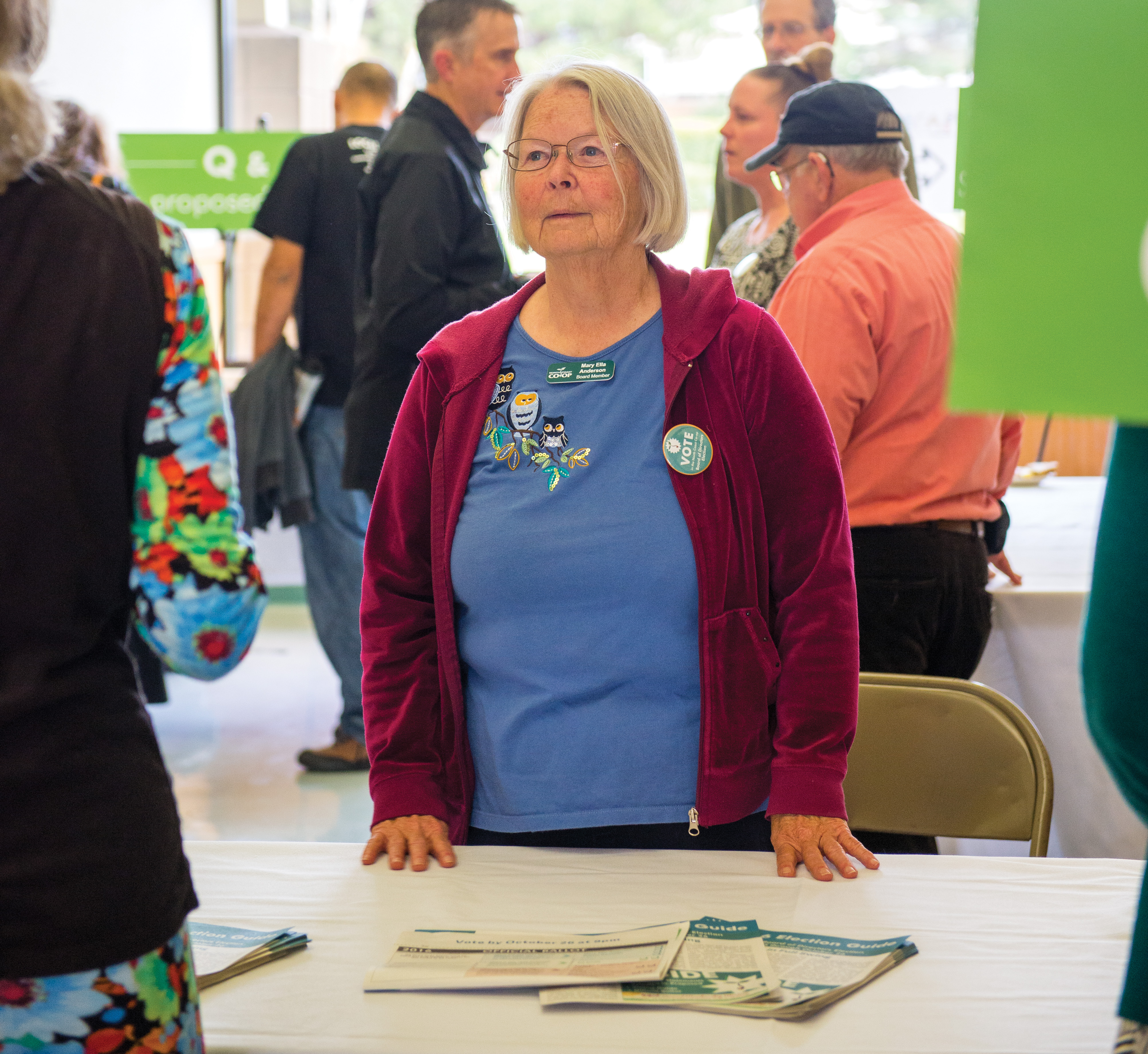 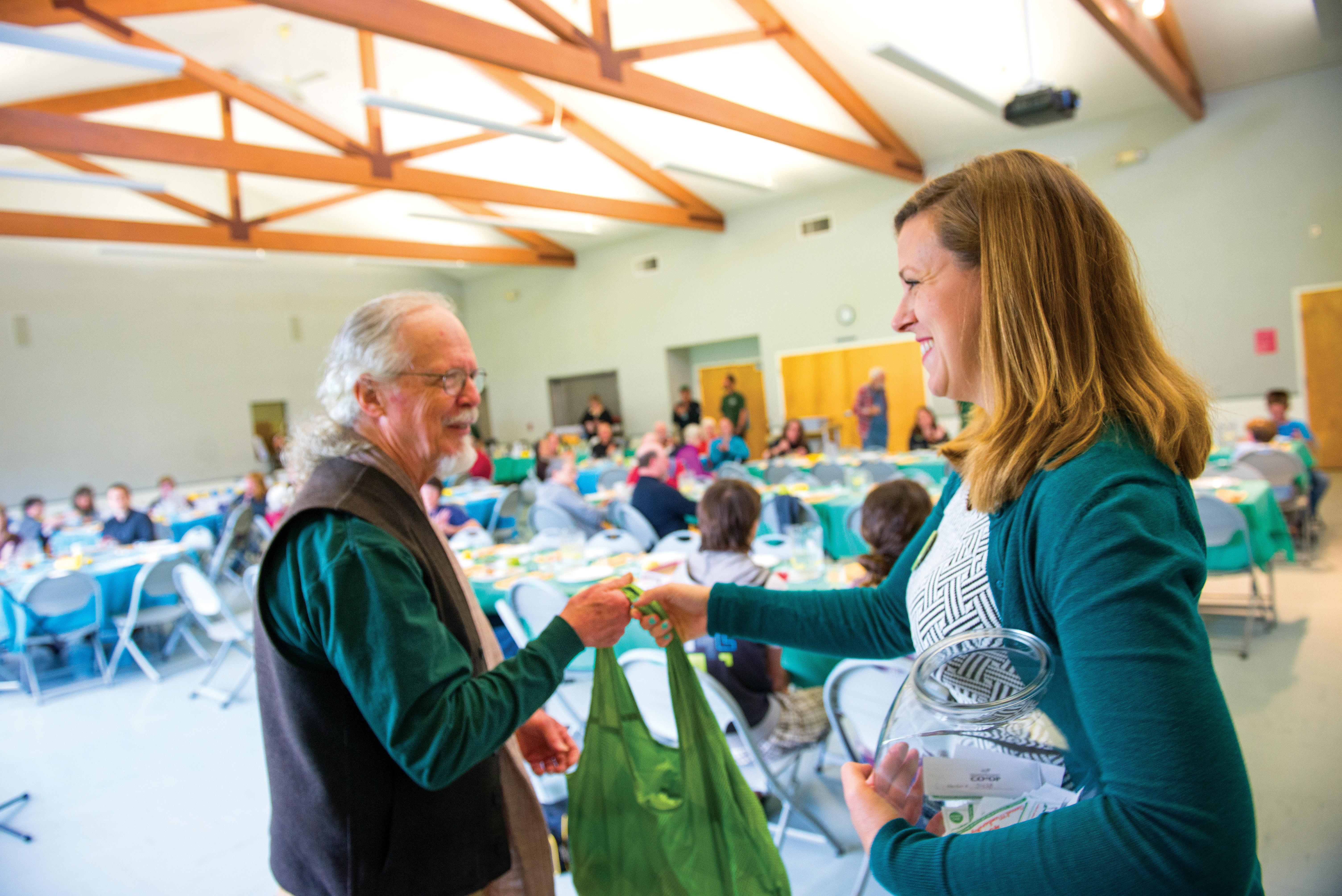 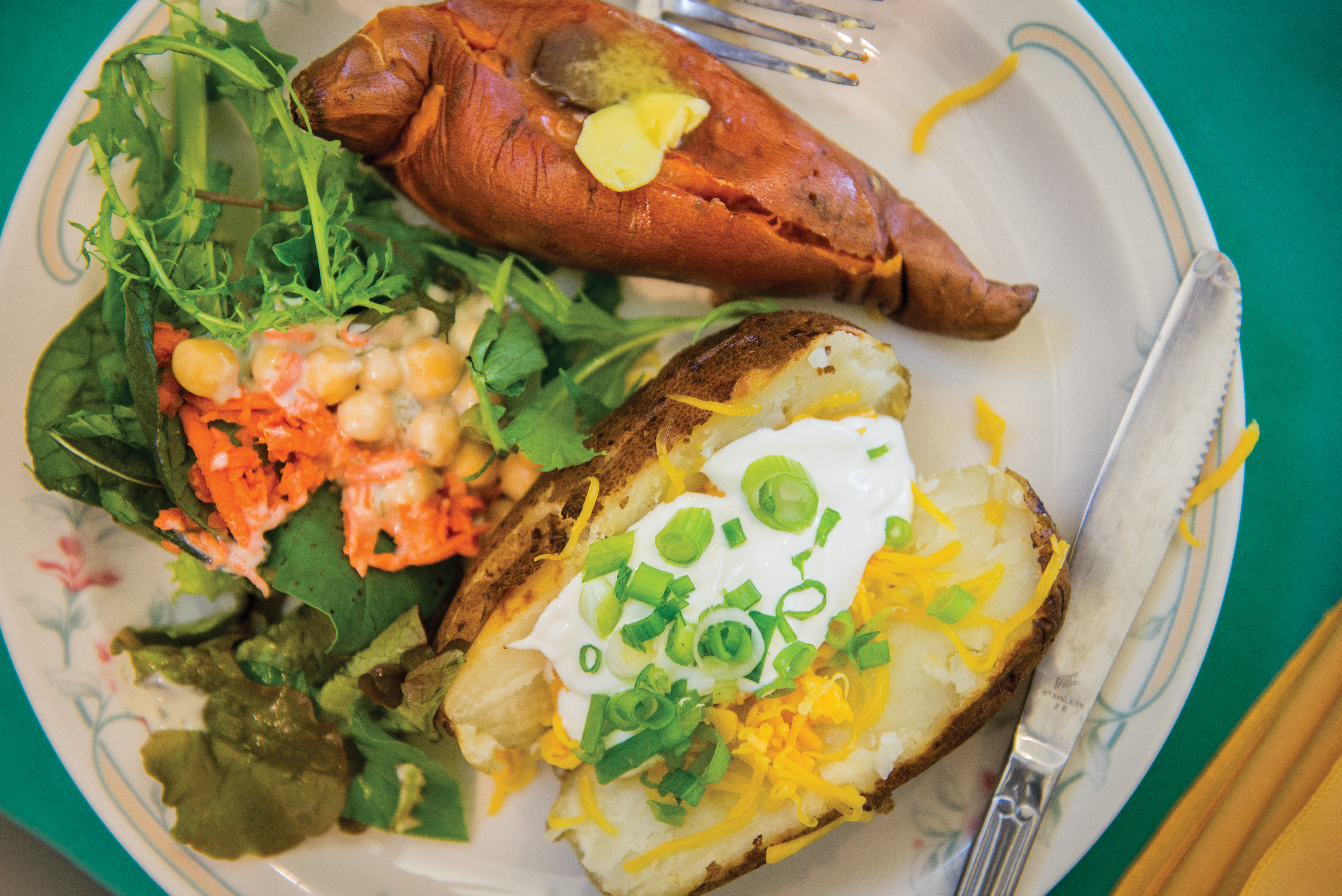 Explore the rest of the November 2016 Issue