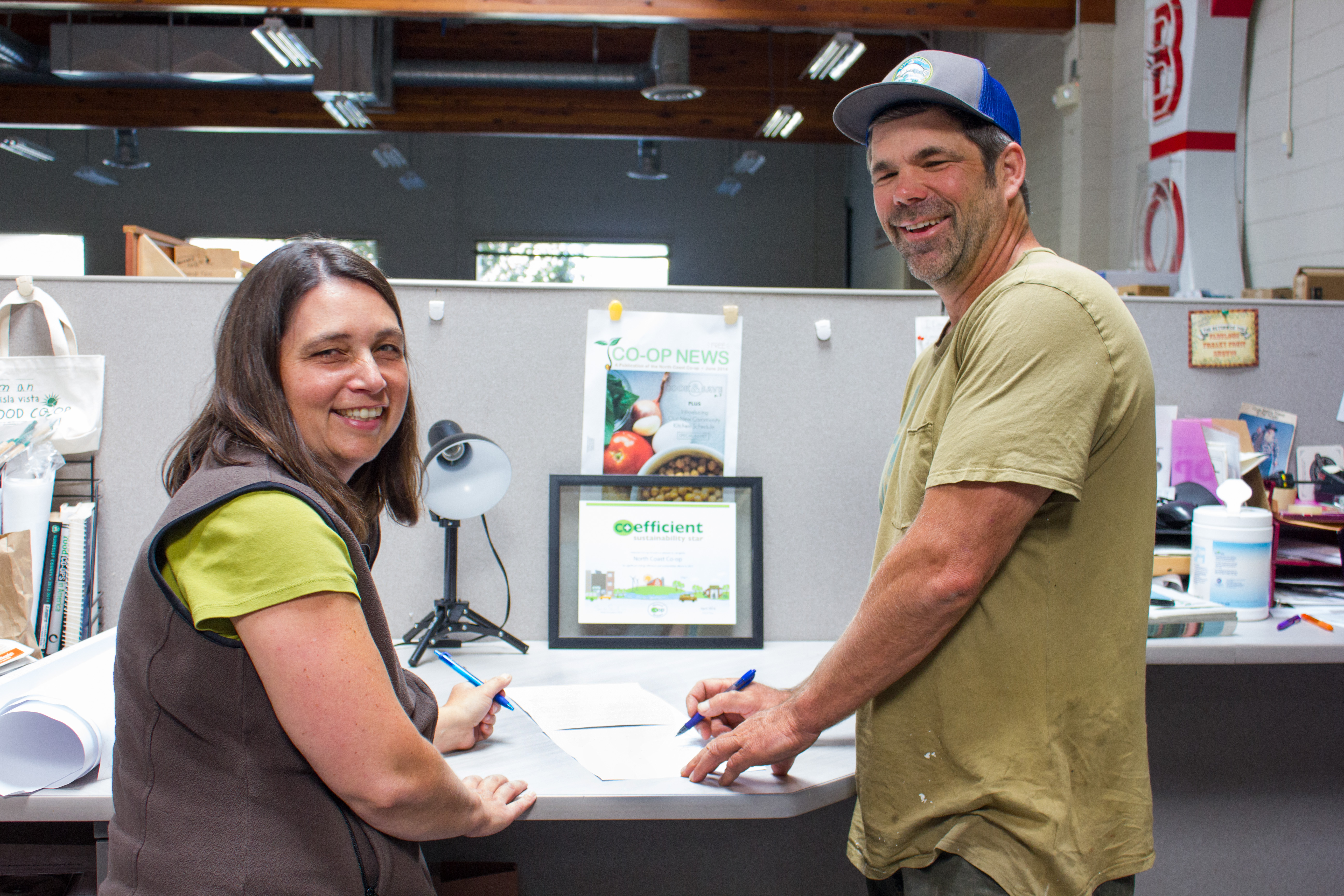 The board was very pleased with the number of highly qualified candidates who applied for the General Manager position. After a rigorous evaluation process, however, it became clear to us that Melanie was the best choice for the job. We were and still are impressed with her vision for the Co-op. We’re also impressed with her commitment to the organization, to its member-owners and employees, and to the cooperative values and principles. We expect the Co-op to thrive under Melanie’s leadership, with great results for all three of our bottom lines—our finances, our community, and our environment.

Melanie has served as a manager at the Co-op for nearly a decade, during which time she has overseen the organization’s engagement with its member-owners and the local community. She is well known in local business and non-profit circles—and among our member-owners!—as an advocate for the Co-op and for sustainable, local food and agriculture.

Member-owners may remember that the Co-op’s previous General Manager resigned in late 2015. Long-time Co-op merchandiser Ron Sharp served as Interim General Manager while the board conducted its search for a permanent replacement. The board is extremely grateful to Ron for his invaluable service to the Co-op. Like Ron, Melanie is intimately familiar with the Co-op’s operations, and we are seeing a smooth transition in leadership. We look forward to working with her for many years to come!

This article originally appeared in the September 2016 issue of the Co-op News.

Explore the rest of the September 2016 Issue